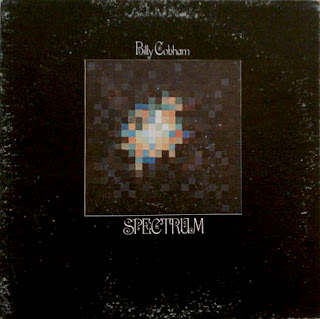 YES! It's been less than three weeks since I last brewed! One of my ongoing goals is to brew more often. (You can't improve if you don't practice -- am I right?!) So here we are.

Given how unsure I was (am?) about my last batch, a Triple, I felt the need to invest more time reading up on various types of malt, especially what grains are available for steeping. John Palmer's How to Brew and the Northern Brewer website were good resources. In the end, I wanted to find a straightforward ale. I landed on the Osmosis Amoebas German Alt in The Complete Joy of Homebrewing, p. 199.

My parents recently mentioned hosting a German heritage dinner with some relatives in the coming months, so an alt bier would be perfect. I hope it's good enough to share. Moreover, the recipe seemed especially fortuitous as my music choice turned out to be drummer extraordinaire Bill Cobham's "Spectrum." The final track: "Snoopy's Search/Red Baron." Perfect. We have a name.

The overall brewing experience was almost zen-like. Almost. Everything was going smoothly -- I had Billy Cobham playing in the background, and the whole process was speeding along -- until I needed to strain the hops from the wort at the end of the boil. As per usual, this meant that I had to pour the hot wort into two separate containers (I don't have another boiling pot large enough for all the wort.) Once this was done, I brought the wort in the two separate containers back up to a boil one last time to ensure sanitation. However, because one pot is substantially larger than the other, the smaller came to a boil MUCH faster than the other. I took my eyes off it for a second and it boiled over. I managed to catch it pretty fast, so I didn't lose too much of the precious wort. Somehow, though, I didn't turn the heat down enough, and when I took my eyes off it again to tend to the larger pot, the smaller boiled over again. Damnit. In the end, I wound up with a very dirty stove. At least the rest of the transfer went fine.

As mentioned above, I placed the yeast packet in a pot of warm water to fully activate by the time I needed to pitch. It was definitely good and ready. I pitched at a solid 70-75 'F, attached the blow-off tube, covered with a blanket (to limit exposure to light), and left for a few hours. By the time I returned, maybe 7 hours later, the yeast was more active than any I've experienced before. The krausen had traveled the full length of the tube and was coming out the other end (thankfully into the cup of water I submerge that side of the tube in for sanitation purposes.) Thinking that had to be as active as the yeast was going to get, I decided to leave the fermentor alone until morning. Wrong. The next day, I found that fully two or more inches of wort and yeast had pushed out of the fermentor, into the tube and down, and overflowed the water cup. Thankfully, I had the whole mess contained in the large plastic party tub I keep the fermentor in.

We are now in uncharted territory. Should I have pulled out the blow-off tube entirely? Would this have allowed CO2 to escape without losing the wort and yeast? Or would such an action threaten sanitation? At the very least I didn't afix a fermentation lock. May have had an explosion on my hands. I guess the yeast was activated. That, and I had more than enough sugar from the malt, even with losing some during the boil.

As of today, the fermentation is still cruising along. I use the heat wrap in the evenings. During the day it's been comfortably warm. I'd estimate the air temp averages around 60-65'F.


Once signs of fermentation end, I plan to transfer the beer to a secondary fermentor to condition for a few weeks. 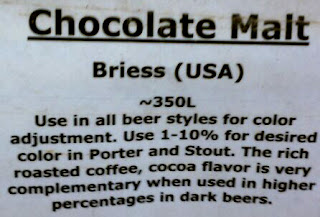 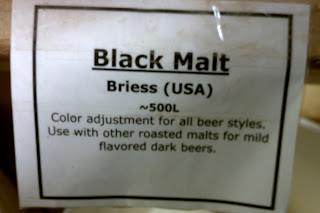 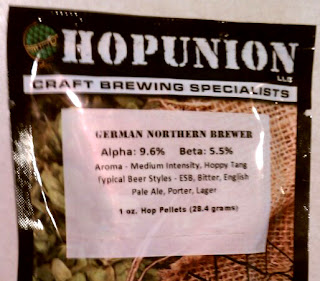 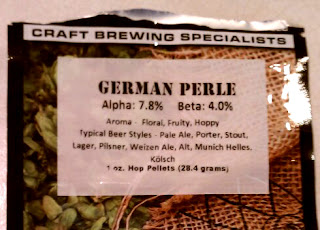 Posted by KraemerBrew at 11:09 PM No comments:

Update: “[Triple] Button Hand Me Down" aka “Triple Jump" [Bottled]

Probably one of the smoothest bottling experiences so far, and not just because it was a half-batch. Shortening the hose was a GREAT idea. So was purchasing an auto-siphon clip. Getting the hose filled and flowing only took one or two pumps. Added my priming sugar (boiled ~⅝ Briess Light Dried Malt Extract in 8 oz water for five minutes) after filling the secondary carboy with about half the beer, and then siphoned the rest. Swirled a few times and we were off and filling bottles.

I plan to let this beer bottle condition for several weeks before testing it. I've read that some Belgian triples are conditioned for months before they hit store shelves. That may be what I decide to do here.

In the meantime, I plan to really "hit the books" on brewing. I feel totally overwhelmed by the difference between malted and unmalted grains, which grains may be used for steeping and which require mashing. I also need to buckle down and try to brew a few beers exactly according to recipe. I should aim to replicate OG, FG, and IBU. I just want to develop my own recipes and unique flavors so badly. But you've got to walk before you run.

I did find some great resources. How to Brew by John Palmer is now available online for free, http://www.howtobrew.com/intro.html.

This table will be especially helpful:


Steeping data is experimental and was obtained by steeping 1 lb. in 1 gal at 160°F for 30 minutes. All malts were crushed in a 2 roller mill at the same setting. * The low extraction from steeping is attributed to unconverted, insoluble starches as revealed by an iodine test.

Some info on converting recipes, http://www.northernbrewer.com/connect/2011/08/converting-recipes/, and a helpful calculator, http://www.tastybrew.com/calculators/recipe.html.

And one thing I should definitely do next time is make a yeast starter, http://youtu.be/jMhFerNTwbQ.
Posted by KraemerBrew at 8:51 PM No comments:

“[Triple] Button Hand Me Down" aka “Triple Jump"

Yeah, that title is a mouthful. I'm hoping the beer is too. This batch finds me trying my hand at a Triple. I like the idea of naming beers after what I'm listening to while brewing. In this case, I confess to stretching it a bit. Riffing off Rod Stewart's seminal album, "Every Picture Tells A Story" -- which was jamming during the wort boil -- I decided to go with the only Rod connection I could think of: "Three Button Hand Me Down" by the Faces. "Three button...;" "triple button." Get it? *Sigh.* I'm already sorry. The wife wanted to call it "Triple Jump." That explains the "aka." Anyway, let's not get bogged down with the name...

Overall, I was going for pretty classic Belgian flavors with this style: Strong, fairly sweet, frothy head, spicy with citrus and coriander notes, and a solid gold color.

Since I have a fair number of bottles of my porter on hand -- It's finally becoming more developed! More on that in another post -- and not wanting to totally overwhelm my wife with beer stored throughout the house, I made the executive decision to try a half-batch. Ideally, I would brew more often, so smaller batches do make sense. (Unless, of course, it turns out amazing, and then I'll be pissed I didn't brew more.) I confess, I liked having to deal with less volume. It made the boil easier to maintain, moving the carboy lighter, and kick-starting the yeast a flash. One thing's for sure, the high sugar content and double the yeast really got this batch moving. 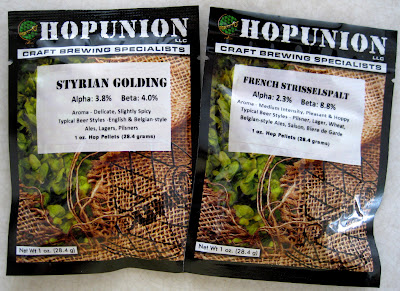 This is the first chance I've had to use my new Fermentap FermWrap Heater to better manage my fermentation temperature. The heat wrap is affixed to the outside of the carboy with electrical tape. I don't have a temperature controller, but it supposedly only uses 40 watts of power to heat the wort to the optimal 70-75 'F temp. We shall see. I'm tempted to take a reading, but I hate to muck around in the beer once it starts fermenting. I'll probably just keep my fingers crossed. There will still be some varied heating and cooling taking place; however, because I don't like having the wrap plugged in while I'm gone for work. That means the fermentor will cool slightly over the ~9 hrs that I'm gone each day. I will wrap the carboy in a few towels while I'm gone to hopefully better maintain the temp. 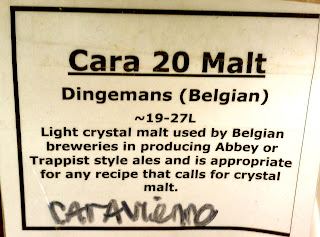 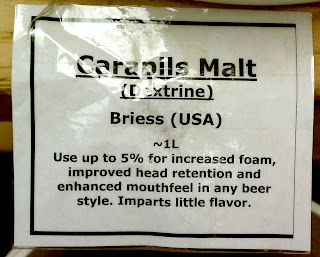 Posted by KraemerBrew at 9:36 PM No comments: