A new house, a new brew stand! After weeks spent moving and settling into the new house, I finally had some time to work on my new brew stand. Based on the single-tier, weldless "Wallace" design, I spent probably about eight to twelve hours over the last week cutting and piecing it together. 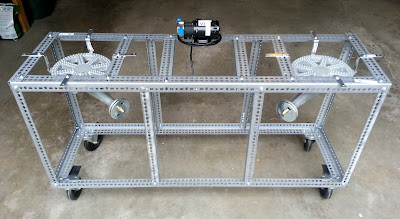 I picked up the majority of the materials at Menards. All parts included below: 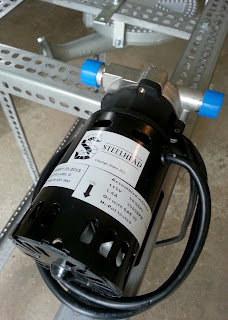 I cut all of the steel using a basic hacksaw and bolted everything together with a ratchet and wrench.

As for the burners, I picked up 2 Cast Iron Banjo Burners from Northern Brewer. I'm still working out how to connect both burners to a single propane tank. Ideally, I'll be able to run one line to two hoses.

I also connected a Steelhead Pump to the stand and hooked up a Shockbuster GFCI Outlet Adapter. Probably a good idea to stop lifting several pounds of boiling hot wort.

The size of the stand should allow plenty of room to expand to a third burner and larger brew kettles should the time come when the time comes. In the meantime, the ability to simultaneously direct fire my mash tun and sparge water is a giant leap forward for Kraemer Brew-kind.

Can't wait to fire this baby up! 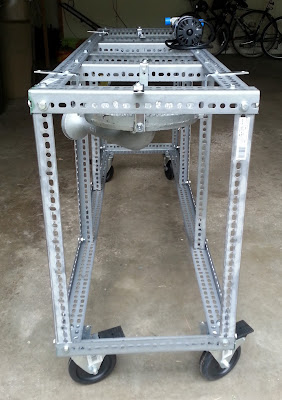 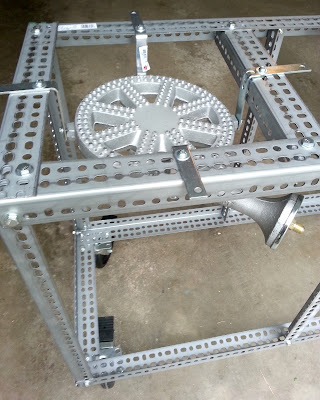 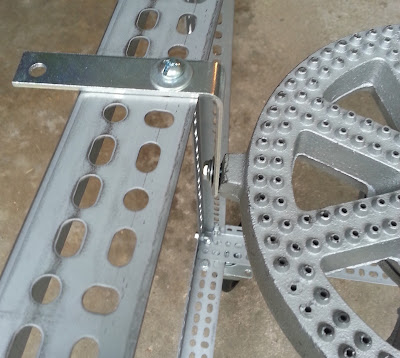 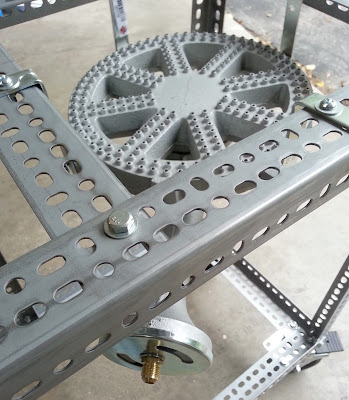 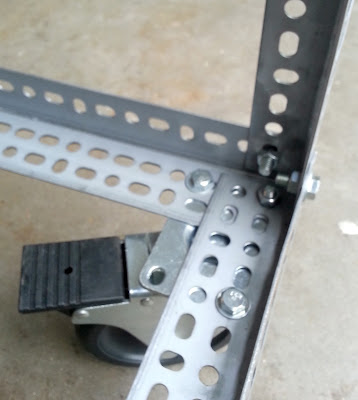