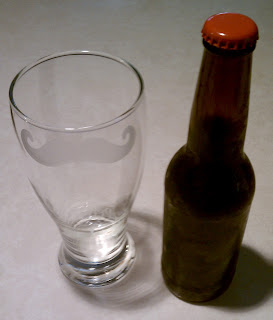 Having done considerable more research on priming sugar (my God that sounds lame) I approached bottling with a new attitude (lame-r). Although I checked out multiple sources, two of the most helpful were John Palmer's How to Brew (http://www.howtobrew.com/section1/chapter11-4.html) and information posted on Northern Brewer's website.

Using the bottle priming calculator from TastyBrew.com (http://www.tastybrew.com/calculators/priming.html), I attempted to carbonate within style guidelines: 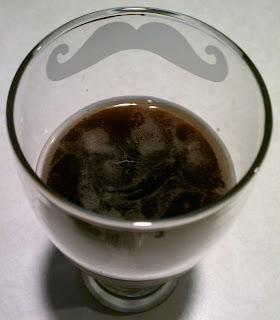 Perhaps since my triple landed so flat – more on that later – I aimed on the high side:

However, since I had always measured DME by volume rather than weight, I can honestly say I got a little nervous with the amount. It looks to be a lot more than 1¼ c. I ended up only adding 8.175 oz. That still within style, but now that I've tried the final product (10 days after bottling) there was nothing to be worried about. As it continues to condition in the bottle it will have a nice amount of carbonation, but adding that extra 1 oz of DME wouldn't have hurt the final product. 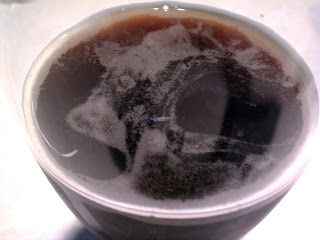 Bottling went fairly quickly. I'm still having issues with slow siphoning. Racking the beer from the secondary fermentor into my new bottling bucket took FOREVER. However, once that was complete, filling the bottles was a breeze. I love having a bottling bucket. Best $12 I've spent in awhile.

A few observations on the altbier: 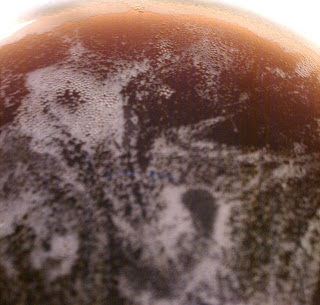 Even before bottling, the beer in the secondary fermentor had a decent residual CO2. I'm very excited to share this batch with family and friends. I really do hope my parents go through with the German dinner. This would be the perfect addition.

In keeping with this beer's name, we capped with bright red caps. Would von Richthofen approve? Who cares. Snoopy would. Billy Cobham too.
Posted by KraemerBrew at 10:40 PM